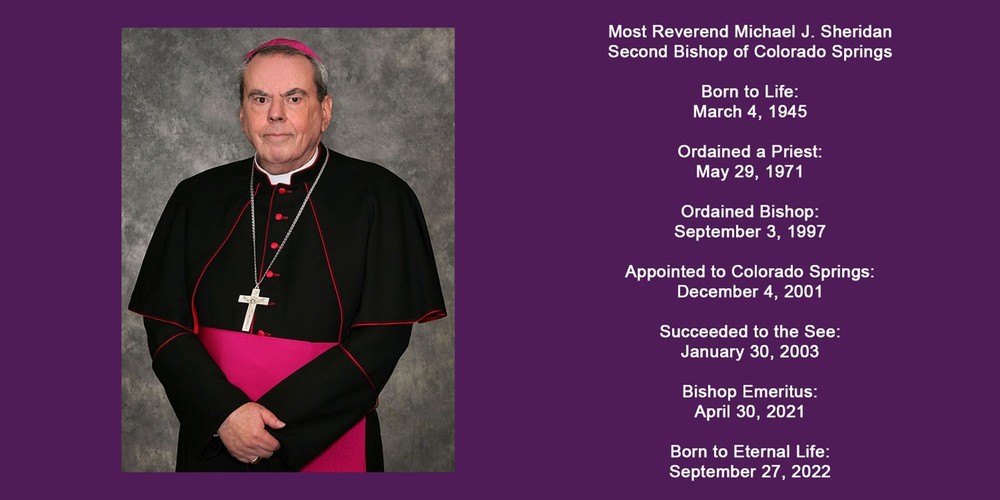 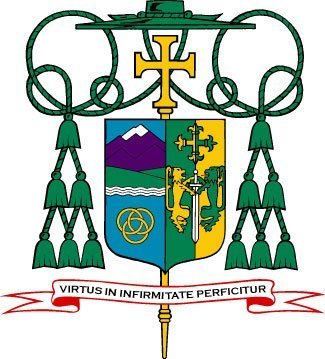 Bishop Emeritus Michael John Sheridan, who served as Bishop of Colorado Springs from 2003-2021, died peacefully on Sept. 27 at Penrose Hospital.

Michael John Sheridan was born to Bernice and John Sheridan on March 4, 1945, in St. Louis, Missouri. He attended Corpus Christi Catholic School and graduated from St. Louis University High School, where he was known as an excellent student. He then enrolled in Rockhurst College in Kansas City, Missouri.

At the end of his freshman year in college, he made the decision to enter Cardinal Glennon College Seminary in St. Louis and graduated with a bachelor’s degree in philosophy in 1967. He then began his theology studies at Kenrick seminary, where he was also active in the theater group. He was ordained a priest on May 29, 1971, by Cardinal John Carberry.

After ordination, he continued his studies at the Pontifical University of St. Thomas Aquinas in Rome, earning a Licentiate in Sacred Theology. Upon returning to St. Louis, he was assigned to teach at Kenrick Seminary, where he remained for more than a decade. He continued his love of acting, performing with other clergy in a group called the Priestly Players.

He returned to parish life in 1988 and served at several parishes in the Archdiocese of St. Louis. In 1997, while serving as pastor of Immacolata Parish in Richmond Heights, Missouri, he was named an auxiliary bishop for the Archdiocese of St. Louis by Pope John Paul II. He was ordained a bishop by Archbishop Justin Rigali on Sept. 3, 1997, along with now-Archbishop Joseph Naumann of Kansas City, Kansas.

In Dec. 4, 2001, Pope John Paul II named him co-adjutor of the Diocese of Colorado Springs. He was installed and became the ordinary of the diocese on Jan. 30, 2003.

Among his many achievements during his tenure as Bishop of Colorado Springs were the development of a robust vocations program that resulted in the ordination of many new priests for the diocese and the construction of the St. John Henry Newman Chapel and Catholic Student Center at the University of Colorado at Colorado Springs.

Bishop Sheridan also presided over the construction of several new churches in the diocese, including St. Dominic Parish in Security, St. Francis of Assisi Parish in Castle Rock, Our Lady of the Woods Parish in Woodland Park and St. Benedict Parish in Falcon.

Bishop Sheridan was a gifted speaker and teacher. Beginning in 2008, he hosted a weekly radio show during which he interviewed hundreds of guests – from cardinals to actors and musicians -- on a wide variety of topics related to the Catholic faith. The show remained on the air until October 2020.