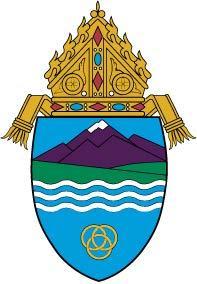 This document issued by Bishop Golka explaining the procedures that the diocese will follow in resuming the distribution of Communion under both species. This article also appeared in the Oct. 21 issue of the Herald.

For as often as you eat this bread and drink the chalice, you proclaim the Lord’s death until he
comes.
-1 Cor 11:26

The gift of the Eucharist and the celebration of the sacrificial banquet always include the
offering of bread and wine. It has always been essential to the celebration of the Sacrament that
the priest offering the Mass receives both the Sacred Body and Precious Blood. The practice of the
early Church was to offer the laity communion under both kinds as well. This practice eventually
fell out of use for numerous reasons by the twelfth century (Norms for the Distribution and
Reception of Holy Communion Under Both Kinds, 17-18). Although the Eastern Churches continued to
widely offer communion under both kinds (mainly through dipping the Host into the Precious Blood in
what is called “intinction”), this practice disappeared in the West. This acquired the force of law
by the Council of Trent, especially considering preceding heresies which asserted that the
reception of both species was required by Christ, as if receiving only under one kind the sacrament
was somehow incomplete or contrary to the Divine Institution (Cf. the Utraquist heresy). Against
this, the Church reaffirmed the doctrine of “concomitance.”
The Catechism of the Catholic Church states: “Since Christ is sacramentally present under each of
the species, communion under the species of bread alone makes it possible to receive all the fruit
of Eucharistic grace. For pastoral reasons this manner of receiving communion has been legitimately
established as the most common form in the Latin rite” (CCC, 1390).
Over time and with changed circumstances the Church revisited the great value of offering Communion
under both kinds to the faithful. The Catechism continues, “But ‘the sign of communion is more
complete when given under both kinds, since in that form the sign of the Eucharistic meal appears
more clearly’” (CCC, 1390). The Church reintroduced this possibility in Sacrosanctum Concilium, 55.
In the United States, the National Conference of Catholic Bishops gave permission to distribute the
Eucharist under both kinds during weekday Masses in 1970, and this was extended to Sundays in 1978.
With the revisions of the third edition of the Roman Missal, communion under both kinds continues
to be encouraged:
“Holy Communion has a fuller form as a sign when it takes place under both kinds. For in this form
the sign of the Eucharistic banquet is more clearly evident and clearer expression is given to the
divine will by which the new and eternal Covenant is ratified in the Blood of the Lord, as also the
connection between the Eucharistic banquet and the eschatological banquet in the Kingdom of the
Father.” The General Instruction further states that “at the same time the faithful should be
instructed to participate more readily in this sacred rite, by which the sign of the Eucharistic
banquet is made more fully evident” (GIRM, 281; Norms, 20).
The extension of the faculty for the distribution of Holy Communion under both kinds does not
represent a change in the Church’s immemorial beliefs concerning the Holy Eucharist. Rather, today
the Church finds it salutary to restore a practice, when appropriate, that for various reasons was
not opportune when the Council of Trent was
convened in 1545. But with the passing of time, and under the guidance of the Holy

Spirit, the reform of the Second Vatican Council has resulted in the restoration of a practice by
which the faithful are again able to experience “a fuller sign of the Eucharistic banquet” (Norms,
21).
The health crisis of COVID-19 gave rise to legitimate concerns about distributing under both
species during the pandemic. Dioceses and parishes worldwide stopped offering communion under both
kinds. As health concerns have abated and after having received a number of inquiries and requests,
now is an opportune time to allow pastors to reimplement this practice in their parishes. During
the time between the Solemnity of All Saints, November 1, and the First Sunday of Advent, November
27, all pastors in the Diocese of Colorado Springs may choose to re-introduce the distribution of
communion under both kinds. Pastors also have the ability to decide whether distribution of the
Precious Blood is appropriate for their parish at this time. According to their own pastoral
discretion, if they have the requisite vessels, approved sacramental wine, and sufficient numbers
of mandated Extraordinary Ministers (EMHC), pastors may reintroduce this for their parishioners.
Pastors who elect to do this are asked to use this opportunity to review the proper protocols and
procedures with clergy, sacristans, and EMHC in their parishes and to catechize their parishioners
on the history and theology of this practice. The Norms for Distribution include specific areas of
catechesis for the faithful: “a. the ecclesial nature of the Eucharist as the common possession of
the whole Church;
b. the Eucharist as the memorial of Christ’s sacrifice, his death and resurrection, and as the
sacred banquet; c. The real presence of Christ in the eucharistic elements, whole and entire—in
each element of consecrated bread and wine (the doctrine of concomitance); d. the kinds of
reverence due at all times to the sacrament, whether within the eucharistic Liturgy or outside the
celebration; and e. the role that ordinary and, if necessary, extraordinary ministers of the
Eucharist are assigned in the eucharistic assembly” (Norms, 25).
May God deepen our love and reverence for the greatest gift of the Eucharist!

When resuming communion under both kinds, the following are to be observed:
1)   There are circumstances when Communion under both kinds is undesirable. For example:
a.  When it is difficult to gauge the amount of wine for the Eucharist and there is a danger that
“more than a reasonable quantity of the Blood of Christ remain to be consumed at the end of the
celebration” (Redemptionis Sacramentum, 102).
b. When such a large quantity is required, it becomes difficult procure enough wine that is
suitable for sacramental purposes (RS, 102).
c.  When a large portion of the people continue to prefer to receive only under one species and the
sign of unity would be negated by the disparity (RS, 102).
d. Where there are so many communicants that excessively large numbers of EMHC are required and the
role of the Ordinary Ministers is obscured, or there is an insufficient number of worthy sacred
vessels (Norms, 24; RS, 102).

e. Whenever Mass is celebrated outside of a church building (gymnasium, nursing home, campground,
etc.).
2)   The chalice is not to be taken out of the area immediately by the sanctuary to those in the
pews. Carrying the chalice throughout the nave/church is an unnecessary risk for spillage.
3)   Pouring of the Blood of Christ after the consecration from one vessel to another is never to
be done. The wine must always be poured into chalices before consecration (RS, 106).
4)    “The norm established for the Dioceses of the United States of America is that Holy Communion
is to be received standing, unless an individual member of the faithful wishes to receive Communion
while kneeling” (GIRM, 160; RS, 91). It is strongly recommended that communicants receiving from
the chalice stand and not kneel in order to reduce the chance of spilling.
5)   Always observe the purification of an area where either of the Sacred Species may have dropped
or have been spilled. The area should be covered with a purificator and guarded from someone
walking on it until it may be properly purified with water and dried with another purificator
(Norms, 29).
6)   The chalice may never “be picked up by the [EMHC or] communicant for self- communication
(except in the case of concelebrating bishops or priests), nor may the chalice be passed from one
communicant to another. There shall always be a minister of the chalice,” whether an ordinary or
extraordinary minister of Holy Communion (Norms, 44).
7)    If intinction is offered, it is to be done only by the priest and a metal paten should be
used to catch any possible drops of the Precious Blood that may spill. The faithful may not
self-intinct (GIRM, 287; Norms, 49-50).